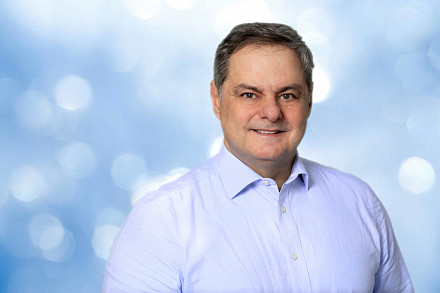 Takis joined Silverstream in 2014. Currently acting as ALS Technology Consultant to the business, from a career spanning more than 35 years, he brings with him significant experience in companies with plans for rapid expansion and restructuring, shipyard operations, ship design, production and fleet management.

Prior to joining Silverstream, Takis held positions such as Technical Manager at Pacific & Atlantic Ship Managers INC, expanding from four to 17 vessels in 1.5 years. He worked as General Manager at the Hellenic Register of Shipping, realigning with EU regulations and bringing the Class in the whitelist of all port state controls. And he spent five years with Safety Management Overseas up to the successful flotation in the NYSE as ‘Safe Bulkers’.

After graduating, Takis spent 10 years as Ship Surveyor to Lloyd’s Register, including in Technical Planning and Rule Development, where he also initiated the rules to transfer from paperback to electronic format; LR became the first Class to have electronic rules in the early 1990s. In 2000, Takis spent five years as Project Manager and Assistant to the CEO of Elefsis & Neorion Shipyards, in the yards’ modernisation, naval projects and superyachts.

He has been a Member of the Council of RINA, London Branch, where he was also appointed Technical Secretary, a Flag State representative for Greece in various working groups at the IMO, and was a Member of the sixth Technical Committee for the Ministry of Trade and Development of Greece. He is also a founding member and Member of the Board of the Hellenic Engineers Society of Great Britain.

Takis graduated from the University of Newcastle-Upon-Tyne in 1985 with Bsc. Honours in Naval Architecture and Shipbuilding, following this with a Post Graduate Diploma in Marine Engineering and a Master of Philosophy in Naval Architecture. A Chartered Engineer, Takis is a member of both the Royal Institute of Naval Architects and Hellenic T.E.