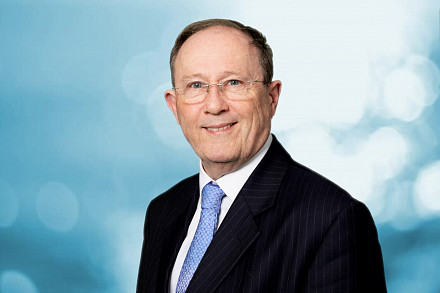 Chairman of the Board

David is a former Chief Executive of a FTSE-250 company with a broad experience in electronics, aerospace, defence, marine, chemical and nuclear, and manufacturing industries. He has a successful track record of developing high growth companies in international markets, particularly those involving government customers or regulated environments, through organic development and bolt-on acquisitions.

From 2000 to 2005, he was Managing Director, Naval Marine for Rolls-Royce Group Plc responsible for the supply and maintenance of propulsions systems and equipment into a wide range of ships for customers in 59 countries as well as the nuclear propulsion systems used in all Royal Navy submarines.

David is both a Chartered Engineer and Chartered Scientist. He was educated at University College London, completing a degree in electronic engineering and a doctorate in radar systems and signal processing. In 2011, he was awarded an honorary doctorate by Cranfield University for his services to science and engineering.

David was made a Commander of the Order of the British Empire (CBE) in the 2010 New Year Honours for his services to Industry.