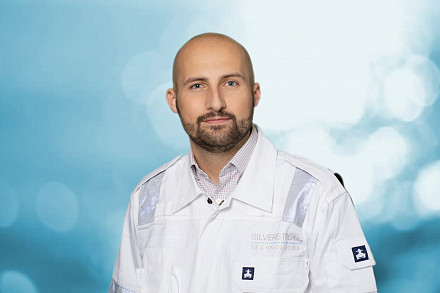 Dan joined Silverstream in 2021 as Marine Engineer after four and a half years working at BMT, an industry leading design and engineering company. During the first 18 months of his career, Dan was seconded to the Naval Design Partnership as a member of a core team of industrial partners working on future fleet concept designs, where he was responsible for the HVAC and propulsion systems on a pre-concept design for a Multi-Role Support Ship.

Whilst at BMT, Dan worked on a broad range of projects relating to auxiliary system design and led the HVAC design on the Navantia-BMT bid for the UK Fleet Solid Support Ship. Dan also spent seven months seconded as a Project Technical Engineer to NavyX, an autonomy accelerator within Navy Command HQ.

Dan graduated from Newcastle University in 2016 with a MEng degree in Marine Engineering. Dan is a member of the Institute of Marine Engineering, Science & Technology and is working towards becoming a Chartered Engineer.