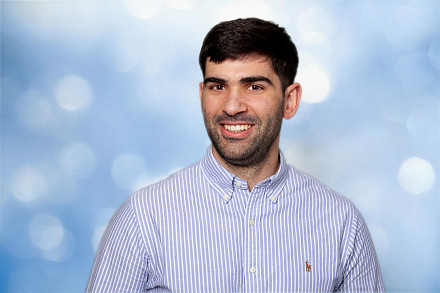 Josef became Head of Applied Research at Silverstream in 2022 after initially joining the company as part of the Knowledge Transfer Partnership (KTP) operated by Innovate (UK). The Maritime Engineering Group at Southampton University placed Josef with us at Silverstream to help advance our machine learning and artificial intelligence practices within the Silverstream® System’s control and automation module. The placement sought to embed AI techniques more widely within Silverstream’s working practices.

Josef has over six years’ experience (both research and industrial) in the maritime industry. He received his PhD in 2018 from the University of Southampton. His research examined the effect of slamming loads on high-speed boats through numerical modelling and full-scale experimental testing. Following this, he joined KBR as a Naval Architect specialising in the hydrodynamic, Computational Fluid Dynamic and experimental analysis of floating marine structures, particularly FPSOs, and related fluid dynamics problems.

Josef graduated with a BEng in Mechanical Engineering from the University of Malta in 2013. He is a member of the Royal Institution of Naval Architects and is on the path to becoming a Chartered Engineer.